Mami Shikimori is an internationally known young pianist noted for her expressive power and poetic insight. She has played in numerous prestigious venues around the world, including London’s Wigmore Hall and Southbank Centre and New York’s Carnegie Hall. She attended the Royal College of Music in London, scoring the highest possible mark for her graduation recital and winning several prizes and medals, including the Principal’s Special Award. After that, she studied at the Thornton School of Music in Southern California, having been granted a full scholarship. She has won top prizes in international competitions such as the Ibla Grand Prize, and the Padova and Alice Bel Colle competitions. She is much in demand as a solo performer and she also collaborates with other musicians, playing chamber music or accompanying other instrumentalists. She has made several broadcasts and recordings. Her latest CD features some well-known piano pieces by Tchaikovsky and is due to be released by Naxos in March 2017.

Ms Shikimori lives in Abingdon with her husband, who is also a pianist.

What the press has said about Mami Shikimori

“She produces a very wide range of tone colour and dynamics, and has a strong sense of musical phrasing.”

“The playing is elegant and pristine, beautifully phrased and full of color.”

The Oxford Studio Orchestra is honoured to have the opportunity to accompany Mami Shikimori. 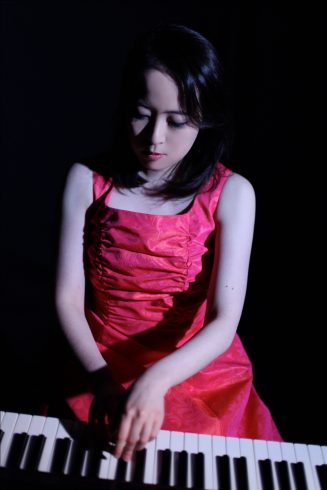