Paul Harris has established an international reputation as a musician and educationalist. As a pupil of John Davies at the Royal Academy of Music (where he now teaches), he won the August Manns Prize for outstanding performance in clarinet playing. He regularly presents workshops, seminars, recitals and masterclasses in the UK, the USA, Denmark, the Far East, Australia and New Zealand.

He has performed clarinet concertos by Mozart, Finzi, Spohr and Weber. He has also given many recitals of chamber works, including most of the clarinet quintets and Mozart’s Kegellstadt Trio, which he has performed innumerable times with violist Robert Secret. He has played the two Krommer concertos for two clarinets with Jean Cockburn, and he regularly plays in an ensemble for voice, two clarinets and piano. He has given first performances of various Malcolm Arnold works, including the re-discovered Wind Quintet opus 2, and he has contributed to a CD of works by lesser-known British composers.

Paul is one of the UK’s most distinguished music educators. The clarinet prodigy Julian Bliss was a pupil. He has been a judge for the BBC Young Musician competition and Classic FM’s Teacher of the Year competition. He regularly works with the National Youth Wind Orchestra and the National Children’s Chamber Orchestra as their woodwind tutor. Paul’s innovative teaching methods and (over six hundred) books have found support all over the world and combine thoroughness, imagination and practicality, the defining qualities of his outstandingly successful work. 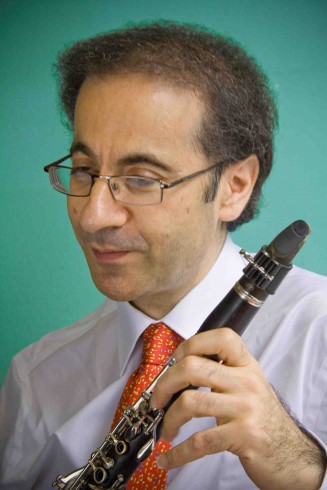