Leo started playing the violin in 2004, when he was four years old, learning with his grandmother, Beulah Appel. From this young age, he was a regular participant in the Oxford Music Festival, where he won the Rohan de Saram String Solo Cup in 2014 and 2017. He has given performances in Oxford of the Barber, Bruch and Korngold violin concertos, and in 2015, he competed in the Whitgift International Music Competition, where he was awarded first prize. In February 2017, he won the Oxford Philharmonic Concerto Competition and was subsequently awarded the Senior Performer of the Year cup by the Oxfordshire County Music Service. Aside from these awards, he has given ten solo recitals in Oxford, Watford and other venues this year, as well as several performances of the Mendelssohn violin concerto. Apart from performing as a soloist, Leo plays regularly in chamber groups, including with his family. In March, together with his sisters, he performed the Schubert B flat string trio in the finals of the Pro Corda Chamber Music Competition.

Leo was a member of the National Youth Orchestra of Great Britain from 2014 to 2017, co-leading the orchestra in its 2016–17 season. As part of a feature about the orchestra in 2017, he performed in duet and trio ensembles live on BBC Radio 3’s In Tune programme and on French radio.

After learning for five years with his grandmother, Leo began studying with Francesca Barritt. Since 2015 he has been learning with David Takeno. His musical studies are supported by an award from the Hattori Foundation, and he plays a violin by Joseph Gagliano, which he has on loan from his grandmother. 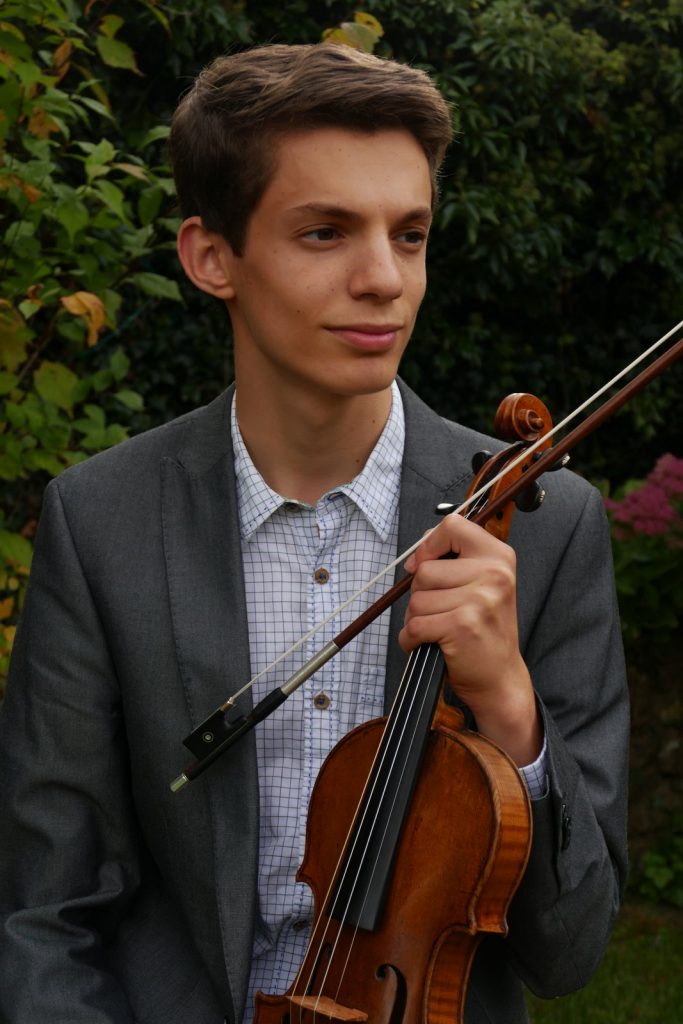