Robert Secret studied the violin with Clarence Myerscough at the Royal Academy of Music then switched to the viola studying with Winifred Copperwheat, going on to study with Max Rostal in his classes in Berne, and later with Cecil Aronowitz and Manoug Parikian. As a member of the Maurizi String Quartet he took part in classes with the Amadeus Quartet and Lorand Fenyves. Whilst he was a student at the Academy he studied on the conducting course and won all the major conducting prizes and the Principal’s Prize.

His career as a viola player has included playing chamber music concerts and he has performed concertos by Walton, Telemann, Stamitz, Paganini and Bartok. He has also played solo works with orchestra by Berlioz, Vaughan Williams, Max Bruch and Bax. He has given many viola recitals, including one in the Purcell Room.

A couple of years ago he added a new string to his bow by playing the part of Enzo, an Italian violinist, in “I want my wife back” starring Ben Miller and Caroline Catz. 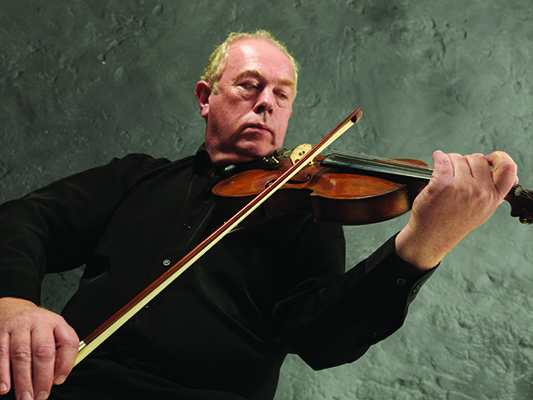